Born and raised in Vancouver with over 40 years of Food & Beverage experience, my passion for the industry has not wained.

My first job was at the Holiday Inn Harbourside, now the Pinnacle Hotel on W. Hastings in Downtown Vancouver, where I was fortunate enought to work with Executive Chef Elio Geunarri.  Chef Elio lead the Holiday Inn Team to a number of medals at the 1983 World Culinary Olympics in Frankfurt, Germany.  I left Holiday Inn as a Banquet Manager and worked in a variety of capacities in some of the world's top hotel chains; Le Meridien, Four Seasons, Marriott and Hilton.

I look forward to working with a great team at Chartwells - Compass Group Canada and sharing some of my knowledge as well as learning some new skills from a great team at Langara College.

William has worked in the field of culinary arts throughout the Lower mainland of BC for the past 36 years, and has honed his skills at various dining establishments during that time. He started out in the local scene, working at the Westin Bay Shore Hotel, Elephant and Castle during Expo 86 and Fogg N Suds International. He moved on to open Buzzard’s Café/Restaurant in Langley BC.

After the long venture, he returned to Fogg N Suds International and spent a decade as the Corporate Head Chef in Richmond, BC. His final venture was as the Executive Chef at Best Western in Mission before moving to serve as the Executive Chef at Capilano University in North Vancouver, BC for both Aramark Canada and Chartwell’s/Compass Group Canada.

Moving into Langara College as the Exectuive Chef, William will be sharing his talents with the team and hopes to pass on techniques, knowledge and insights to elevate the dining experience at Langara College.

Jennifer is a Child Family Community Studies Graduate with a background in Psychology and Criminology, but her passion for food and thirst for culinary knowledge has allowed me to gain valuable experiences across the globe.

Her love for travelling led to her one-year experience aboard Princess Cruise Lines as an Activities Coordinator. Her most memorable experiences in hospitality have been catering movie sets for Lions Gate Films, PGA Canadian Open at Shaughnessy Golf Club, working alongside Mr. John Furlong during the Vancouver Olympics, and catering to the Aquilini’s and the Vancouver Canucks through The Arbutus and Vancouver Lawn and Tennis Clubs. 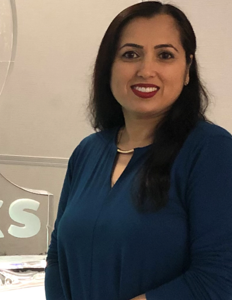 With over 14 years in the food service industry, Rajwant is a skilled and passionate Starbucks and Subway Manager, with excellent knowledge about coffee and leadership skills.

She is always creating an environment for customers to feel welcome and ensures they leave happy and recharged. Rajwant is known for going over and above!